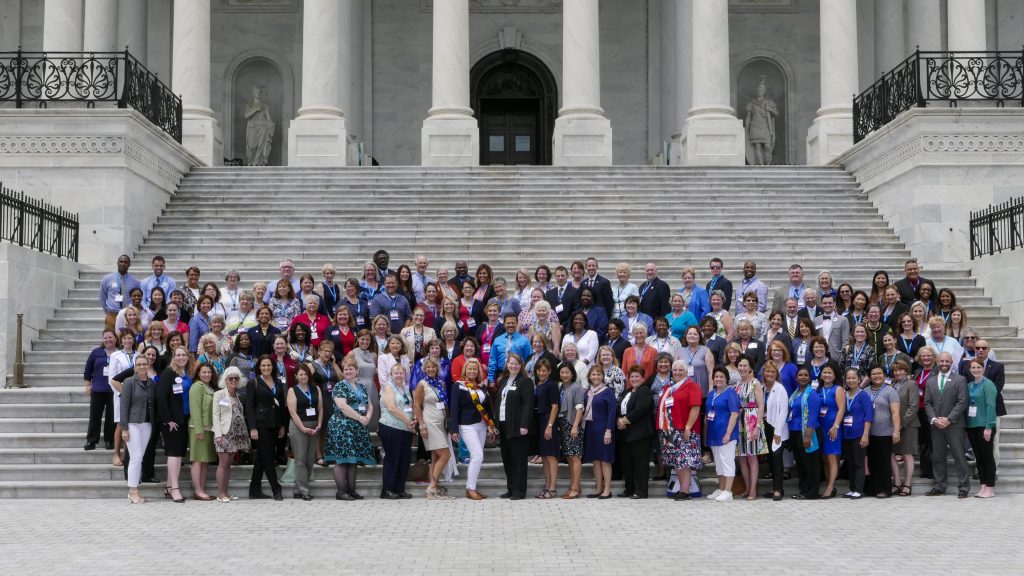 Discover your own backyard.

Discover your own backyard. 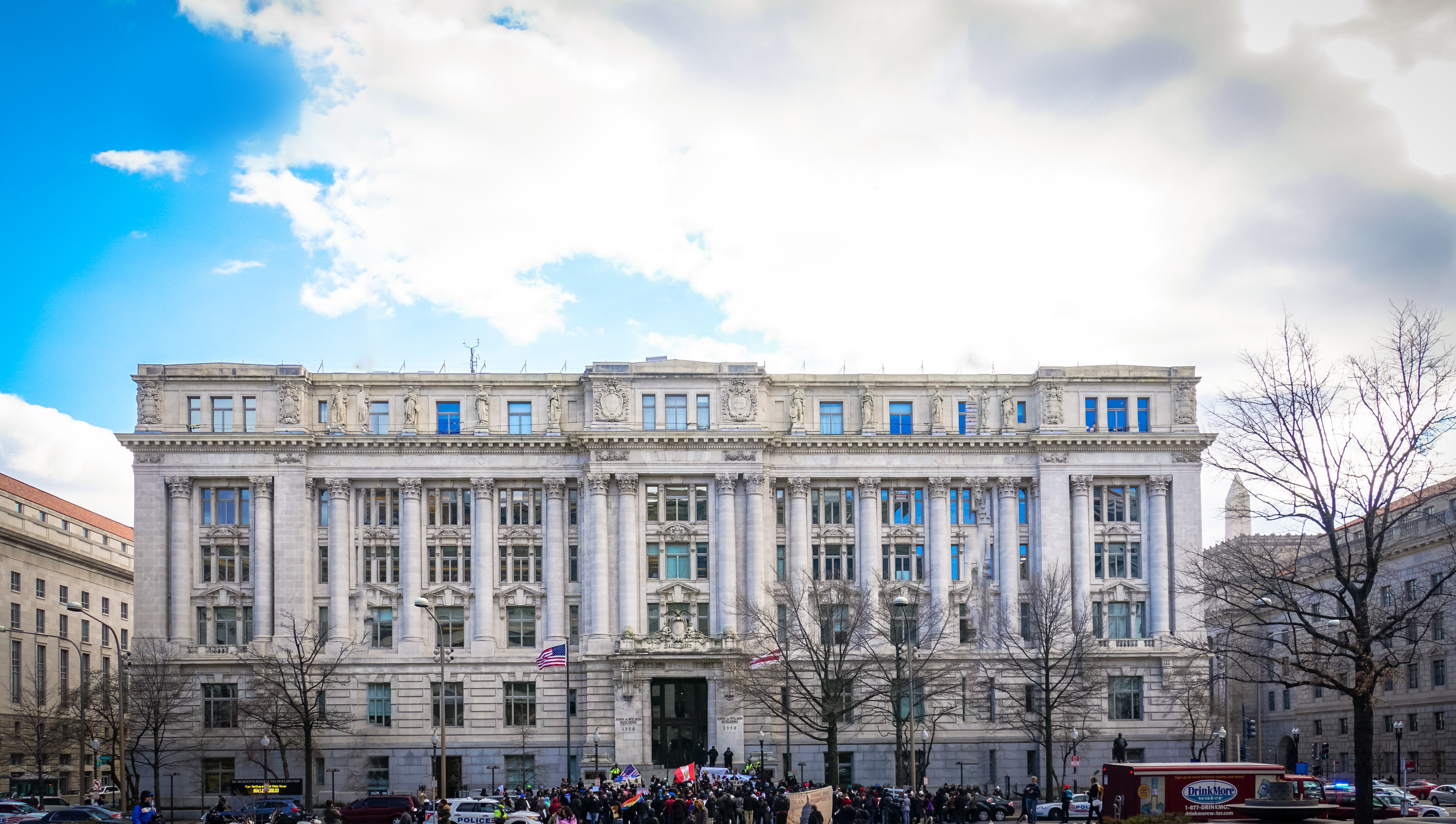 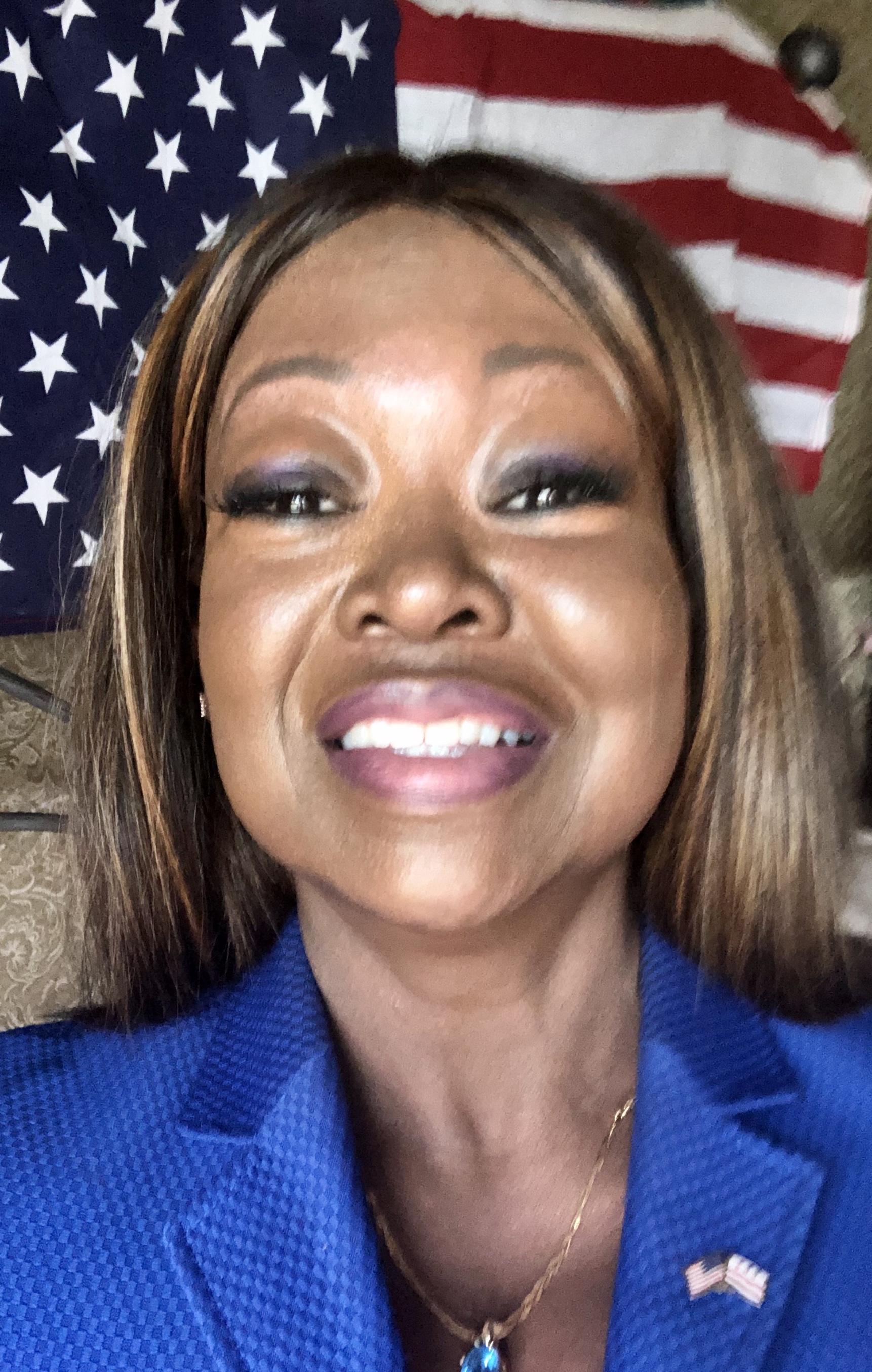 WASHINGTON (WJLA) -- Northeast Washington may be safer than it used to be, but there is still plenty of crime to be fighting. "National Night Out" is being organized to do just this.
"It's cleaner, it's safer, we don't have to worry about people selling AK-47s at noontime out of the rear of their trunks," says commissioner Kathy Henderson of the Advisory Neighborhood Commission.
See the Video and Read More:

National Night Out to Fight Crime

"I believe we must begin to increase our capacity as a WARD and build on the strength of each of our unique neighborhoods." -ISSUES & PRIORITIES---KATHY HENDERSON WARD 5

“As your Councilmember, I will prioritize these goals within the first 100 days in office:”

"As the WARD 5 Councilmember, I feel a commitment to achieve the following goals for WARD 5."

Ensuring the WARD 5 office provides quality constituent services and ALWAYS answers your calls; WARD 5 deserves a responsive representative that listens and RESOLVES issues
Expanding public safety by building upon the success of significant crime reductions for the benefit of every WARD 5 resident.
Improving educational outcomes for children and adults through quality Schools and effective public-private partnerships.
Increasing access to jobs and promoting strategic economic development by leveraging legislative resources; we do not need more industrial eyesores.
Connecting WARD 5 communities, allows us to communicate, plan and build for the benefit of every resident. WARD 5 is stronger when every WARD 5 neighborhood is safe, livable, and thriving.

I have always been a catalyst for positive change in my community since moving here in 1998. As a ten-term Advisory Neighborhood Commissioner (ANC) and chairperson for ANC 5D, I have served as an effective catalyst for positive change in my community. I have worked hard to help improve the quality of life for my neighbors by successfully advocating for new streets, paved alleys, trees, street lights, and projects like the Starburst Plaza, Denny’s, and the Hecht’s Ivy City project. I have worked closely with the Metropolitan Police Department, neighbors, and DC and Federal Government partners to facilitate initiatives such as the Landlord Roundtable and 5D Court Watch. These tools continue to aid in making our community stronger, safer, and more livable. I have led numerous community walks with elected officials and police partners, conducted community cleanups, held effective community meetings with District, Federal and regional partners, given testimony at city council hearings, and organized targeted protests of undesirable facilities, including strip clubs. I am responsible for the creation of Bill 16-0335 "Protection of District of Columbia Public Officials and Employees Act of 2005" which, was added to the Omnibus Public Safety Act. As a result, my community is stronger, safer, and more desirable. I have a solid twenty-three year record of excellent work and accomplishment that underscores proven leadership and proven results. The work I have done has transformed my community, making it one of WARD 5’s most sought-after communities. I have delivered results that inspire residents to believe in and expect more from our District Government. I am always ready to work for you and appreciate your support; TOGETHER, WE CAN empower WARD 5 and our city for positive change. I am a proven leader citizens can trust and count on, with a proven ability to overcome obstacles to get the job done!

"As a leader in my community, I feel a commitment to achieve these goals:"

● I will conduct an inventory of every WARD 5 neighborhood in consultation with residents to best determine what the community wants and needs. I believe every WARD 5 resident deserves to live in a neighborhood that is tree-lined, clean, and vibrant.
● I will create a public-private literacy initiative that gives adult learners the opportunity to improve their reading skills. Adult learners are unlikely to attend daytime literacy programs due to scheduling issues and privacy concerns. I believe police stations, engine companies, and twenty-four-hour businesses have the capacity to host an adult literacy program. I will ask churches to join this initiative.

● I will work to expand and strengthen the excellent partnership with the Fifth District Police Headquarters and WARD 5 residents. I will implement an initiative that fosters safety walks with neighbors, the Councilmember and police. I believe empowering residents to reclaim their communities has lasting value.
● I will work with the Environmental Protection Agency to determine whether or not any WARD 5 neighborhoods are affected by "brownfields"

● I will expand the Landlord Roundtable initiative to include all of WARD 5, ensuring property owners maintain viable, safe, and clean rental housing and prevent problem tenants from disrupting public safety
● I will identify legislative priorities to improve the lives of WARD 5 residents; our city is stronger when WARD 5 is stronger. I will leverage legislative resources to create job opportunities for WARD 5 residents. When WARD 5 works, our city works. 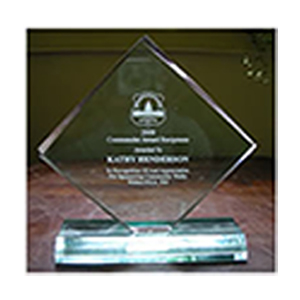 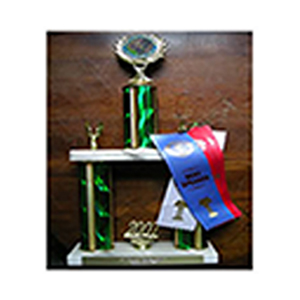 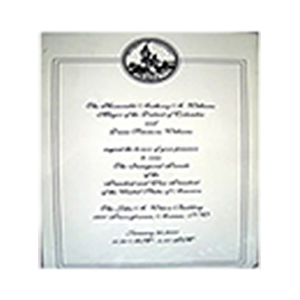 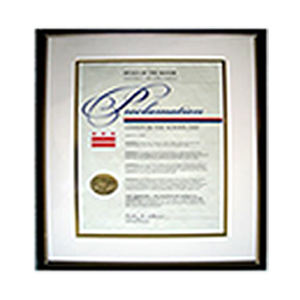 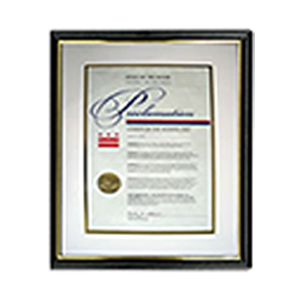 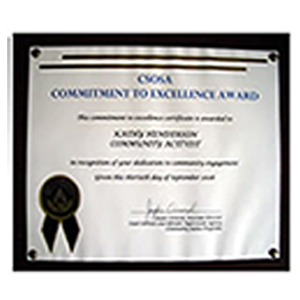 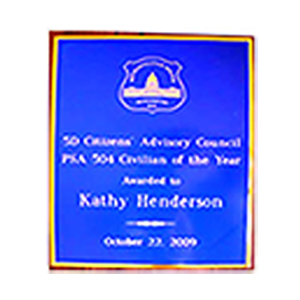 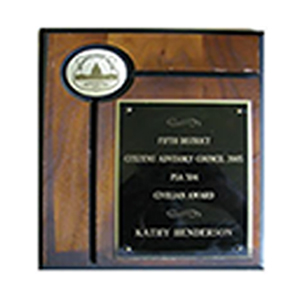 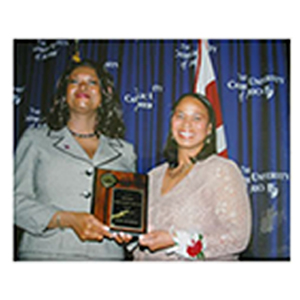 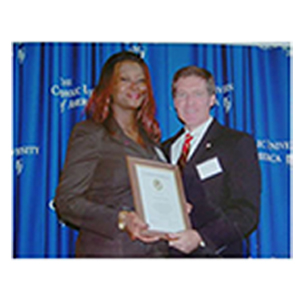 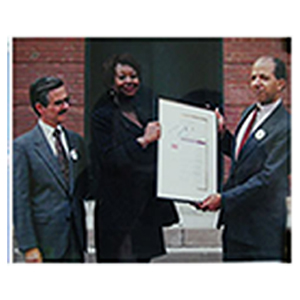 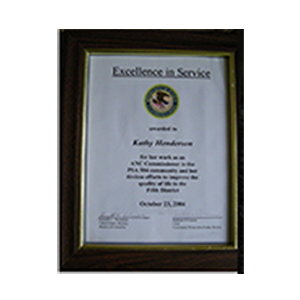 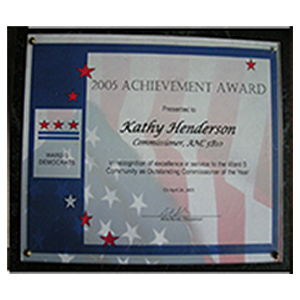 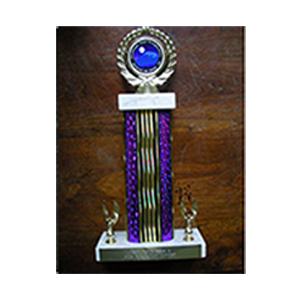 ●Named one of People magazine’s “Heroes for 2005” for working to rid the community of drug dealers and criminals
●Featured on the Montel Williams Show
●Named one of Essence magazine’s “25 of the World’s Most Inspiring Women” 2006
●5D Citizens Advisory Council Civilian of the Year 2009
●5D PSA 504 Civilian Award 2005
●U.S.Attorney’s Office Excellence in Community Service Award 2004
●Court Services and Offender Supervision Agency Commitment to Excellence Award 2008
● WARD 5 Democrats 2005 Achievement Award
●5D Commander’s Award for Sponsoring Community Walks 2008
●Advisory Neighborhood Commission Citizen of the Year Award 2010
●3 Toastmaster’s International First Place Speaking Awards, 2007 and 2009
●Served Twenty years as an Advisory Neighborhood Commissioner
●Worked effectively with neighbors, police, District and Federal partners to reduce crime by 63% in her WARD 5 community
●Delivered neighborhood improvements such as new streetlights, sidewalks, paved alleys, new roadways and the Starburst Plaza
●Served as an At-Large Member of the DC Democratic State Committee and chairman Of the Statehood Committee, advocating for voting rights
●Served five years as a Member of the DC Historic Preservation Review Board, protecting the District’s landmarks
●Successfully advocated for the creation of Bill 16-0335 “Protection of District of Columbia Public Officials and Employees Act of 2005”
●Service as Citizen Forester with Casey Trees.
●Received Chief of Police Special Award 2011 for creating the 5D Court Watch program and again in 2014.
●Served as a trustee for the Committee of 100 on the Federal City.

The Origin of the 5D Court Watch

In 2008, Kathy Henderson received a disturbing email regarding Kerstan Leonard, an individual accused of killing one person and wounding two others. Despite ample probable cause to remand Mr. Leonard to custody until trial, he was released without restrictions. Mr. Leonard did not attend a scheduled court hearing and the presiding judge decided to address the matter after he returned from a holiday trip. Kathy Henderson quickly mobilized city residents through listservs to demand the presiding judge take appropriate action to protect the public and thus, 5D Court Watch was born.

The initiative gives residents the opportunity to tell judges how a defendant’s crime(s) affects them; by completing a community impact statement at sentencing, residents are able to shut the revolving door on repeat offenders, helping to improve public safety. Superior Court Chief Judge Anita Josie-Herring, past Chief Judge Robert Morin and past Chief Judge Lee Satterfield, US Attorney Ronald Machen and Assistant U.S. Attorney Vince Cohen, and Chief of Police Robert Contee and past Police Chief Charles Ramsey support the 5D Court Watch initiative, which empowers residents to reduce crime in their neighborhoods. The DC Council introduced legislation to give DC residents the right to submit community impact statements to the Court and the judges are listening.

The Landlord Roundtable initiative has expanded to include addressing problem tenants that destroy rental units and create public safety hazards for the community. Communities are safer when property owners and tenants adhere to lease agreements and all parties, including rent guarantors are accountable. Safe housing in good repair and tenants that quietly enjoy the premises, underscores a model for success and safety. 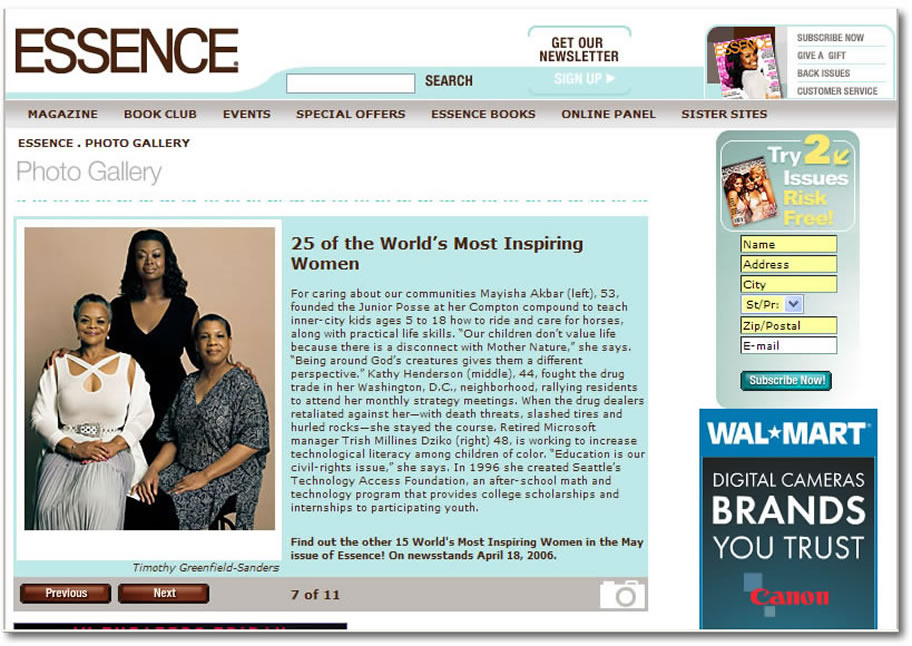 "Kathy... a true leader" Former Mayor Anthony A. Williams
"God surely sent you to this community..." Cecelia Smith
"Kathy is the most effective ANC in the city.", G. McCarthy
"Girl, you are an angel; thank you for finding me a safe place to live..." Judy C.
"Kathy Henderson works hard for the community. I am happy to contribute to her campaign in any way that I can" Vernon Williams
"If it wasn't for Kathy Henderson, we would still be living with shootings and constant fear": D. Lott
"Dear Kathy – I am happy to assist you in your efforts to improve the community.  Thank you for everything that you do!  All the best", David Catania
"Kathy Henderson has courageously led the cause to fight for a safer community by leading the Fifth Districts Community Court Watch program, this effort has caused a chain reaction of accountability throughout the justice system!", Commander Lamar D. Greene

"Kathy Henderson has really managed our community well. No one else would have had the guts to make the positive changes she has. I highly recommend her for the WARD 5 Council seat.",J. Holsendorf
"Kathy has really done an excellent job with this community; she is really impressive.", G. Miles
"We love Kathy Henderson", V. Williams
"We have watched your work in the community over the years and you truly are a blessing" C. Butler

"Kathy really cares about our neighborhood a lot and she is always responsive.", C. Reid

"Kathy Henderson has really done a fine job in the community.", C. Dupree


"Now that I am incarcerated, I realize I was wrong to commit crimes in the community. I know Kathy Henderson wants what is best for the neighborhood and I truly support her work. I am sorry for what I did and I look forward to making things right when I come home.", K. Quattlebaum


"Kathy has community in her soul.", J. Montague


"Kathy Henderson and I have always worked well together", WARD 7 Councilmember and former Mayor Vincent Gray
"We thank you for all of the excellent work that you have done for our city", former Mayor and WARD 8 Councilmember Marion Barry